David Dodd is recognized Internationally as an expert in resiliency and disaster preparedness and recovery.  His organization, the International Sustainable Resilience Center (ISRC), is affiliated with the UNECE International PPP Center of Excellence  (ICoE).

The Valley of Death

David explains the "Valley of Death" that small businesses pass through immediately after a natural disaster, such as a pandemic, and how important it is that they receive economic support as soon as possible so they can come out on the other side. [Time 3:32]

Millions of Small Businesses May Not Survive

David explores the real risks of business failures during the  coronavirus pandemic.  Small businesses are especially at risk.   Millions may not survive.  [Time 3:08]

We will Normalize New Behaviors

David talks about the needs of small businesses for cash to get through  the disruptions created by the coronavirus.  Small businesses rarely  have cash reserves.  Thus, there is a great need for government  intervention to stabilize markets and help save millions of jobs.  [Time 1:39]

How do We Adapt?

David explores how we adapt to the economic changes driven by the Coronavirus Pandemic.  We will normalize new behaviors. [Time 2:10]

David talks about the importance of minimizing disruptions to normal business cycles during disaster recovery.   This is especially important during a pandemic like the one created by the Coronavirus.  [Time 2:16]

David talks about innovations in Public Private Partnerships and the  opportunities to create People First PPP's that help ensure that  communities fully benefit from the all forms of PPP's.  The Coronavirus  Pandemic is creating opportunities for change.  [Time 2:56]

Accelerating the Transition to a Digital Economy

David explains how the Coronavirus Pandemic is accelerating the  transition to a digital economy and the implications for multiple  industries and business segments, and on consumer behavior. [Time 2:03]

David talks about the needs of small businesses for cash to get through  the disruptions created by the coronavirus.  Small businesses rarely  have cash reserves.  Thus, there is a great need for government  intervention to stabilize markets and help save millions of jobs. [Time 2:38]

David tells the story of his work in Puerto Rico which has now  experienced three natural disaster in a row in the last six years,  including a hurricane, an earthquake and now the coronavirus pandemic.   The challenges of building a more resilient economy increase each time.   [Time 4:37] 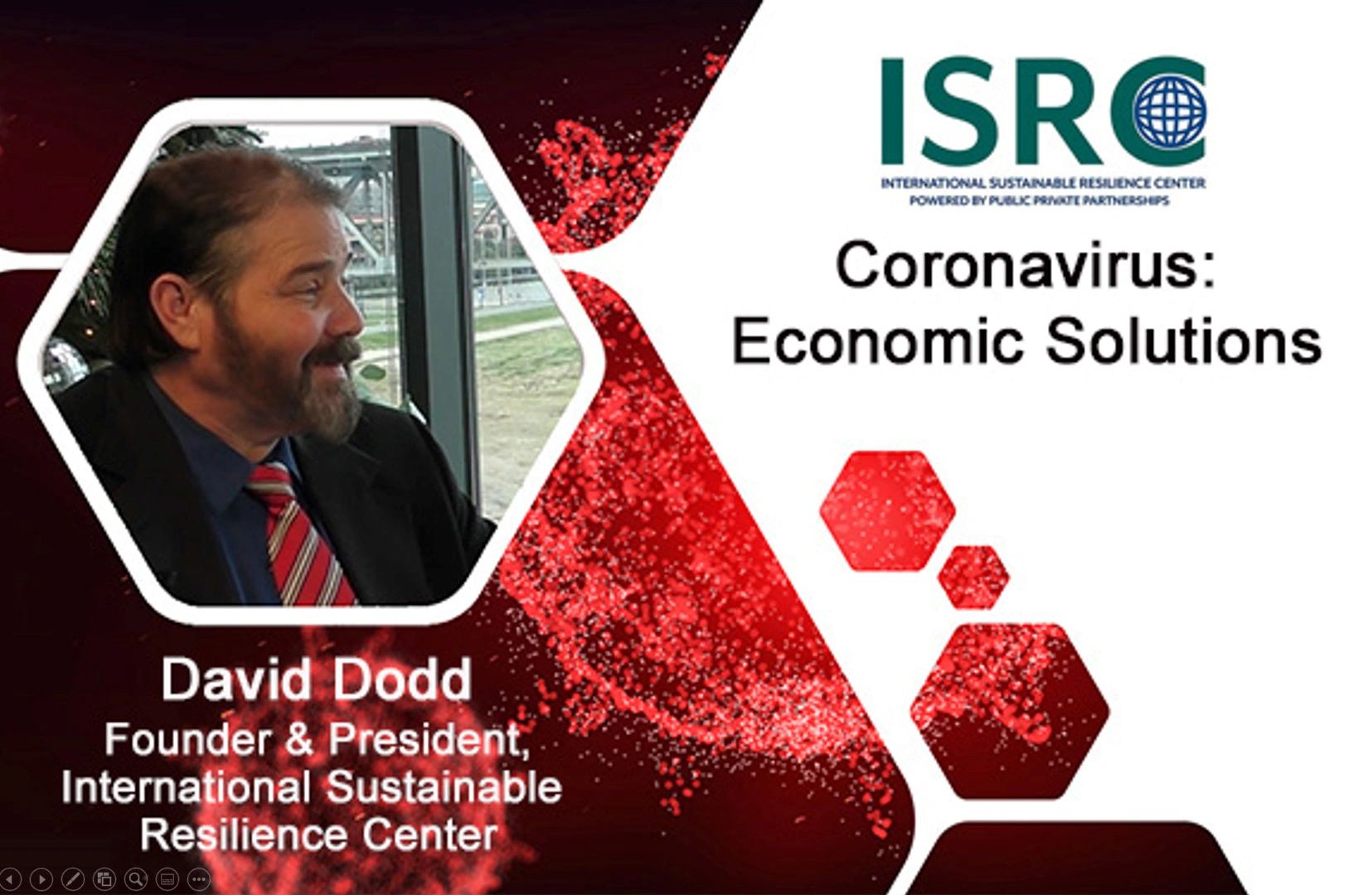 Watch the entire episode.  David discusses the economic impact of the coronavirus pandemic and explains economic solutions, including both actions already taken and more solutions that would help businesses and communities get through the disaster. [Time 33:41]

David's work is focused on building more resilient economies by integrating resiliency into all forms of Public/Private Partnerships around the world, and making them "People First", a motto adopted by the UNECE International PPP Center of Excellence to help Private/Public Partnerships serve the community and the people living in them.   David is a recognized expert in resiliency and disaster preparedness and recovery.  With a background in banking and Economic Development, David developed a specialty working on disaster recovery, beginning with Katrina in 2005 which devastated New Orleans, the city that he now calls home.  He has worked all over the world helping communities recover from major disasters of all kinds.

David founded the ISRC in 2011, which was chartered in 2018 and is now fully operational.   It is affiliated with the UNECE PPP International Center of Excellence.  The ISRC is a resource for building resilience into Public/Private Partnerships for all other UNECE-ICoE Specialist Centers.  The ISRC provides consulting on PPP Resilience Projects.  David is available for media interviews.

• Partnering with universities for innovation and with leading research institutions in US, Caribbean, Japan, and Australia

• Working under an MOU with University of Louisiana System—9 Campuses, 95,000 Students

About the ISRC Mission